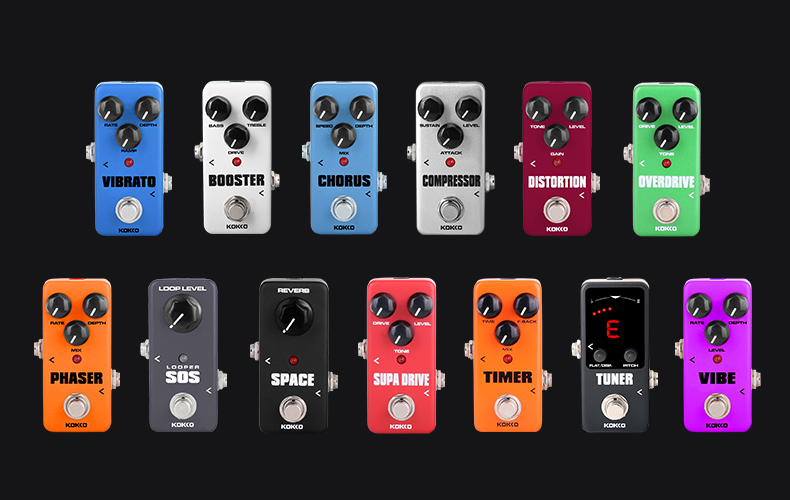 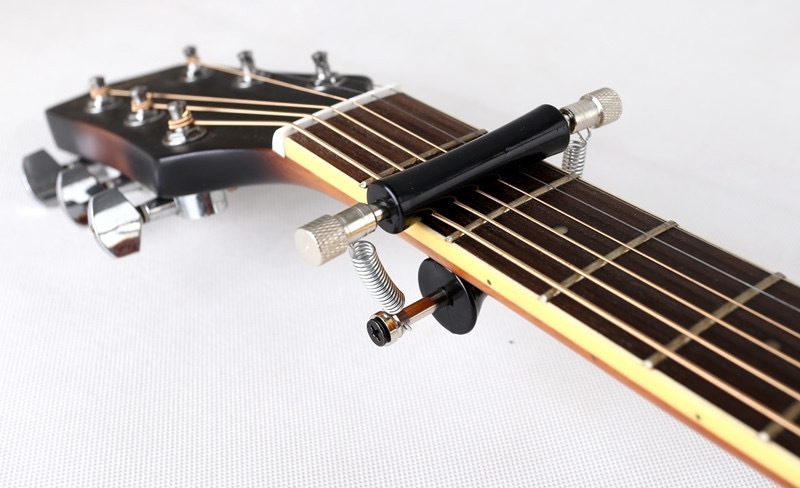 Some guitar accessories will undoubtedly require other optional items that will make your life easier. In this session, I'd like to provide you with some guidance on all of these topics. It's a good idea to sort these out at some time, but you don't have to do so before you get started—all you actually need is a guitar and some picks to get started.

If you play Electric Guitar, there are a few items you'll want to buy from Six Months Rebellion Music to play your music sweetly.

Guitars have more accessories than almost anything else on the earth, so it's easy to become lost.

Pedals, like different guitars, have distinct timbres and tones – and using them successfully allows you as a guitarist to make an idea or song really stand out.

Organize your guitar effects with these pedalboards that fit any budget.

A tuner pedal is unquestionably the most vital item to have on your pedalboard, despite its dull appearance. You'll sound terrible no matter how good the rest of your pedals are if you're not in tune!

Getting a separate pedal may not be essential if you already have an amp with a built-in distortion channel. On the other hand, a distortion stompbox will cause havoc if your amp only has one channel or can't produce a lot of gain.

You won't need a reverb pedal if your amp already has the effect built-in, just like you won't need a distortion pedal (not in terms of how it sounds!). If not, this type of pedal will add melodic space and richness to your sound.

A reverb pedal, for example, simulates the echo that occurs when a sound is produced in a big space, such as a hall. Reverb is commonly employed in music production. A reverb pedal will deepen your guitar's sound by adding an ambient trail, which is especially effective when used with clean amp settings.

A delay pedal, like reverb, is a time-based effect that repeats your guitar sound. While that description may not sound attractive, a delay pedal is difficult to top as a creative instrument.

It's essential to tune up your guitar! When you're starting to play, it's easy to be discouraged when you strum a chord, and everything sounds incorrect. This can be due to poor technique; it is more typically due to the guitar being out of tune. A guitar tuner is must-have equipment, especially when starting because you need to know that if your playing isn't sounding correct, it's because of you, not your instrument. Because there are so many different guitar tuners to choose from, we've put together this guide to help you figure out which one is right for you.

The term "chromatic tuner" is the first source of potential misunderstanding. This can be found on some tuners, but not all. What exactly does this imply? A non-chromatic guitar tuner, on the other hand, is solely designed to tune a guitar in standard EADGBE tuning. For example, when you play a low E, the tuner should recognize that you're trying to tune that string and indicate how sharp or flat it regards the note E. The tuning of a chromatic tuner is shown about the nearest semi-tone (i.e., the nearest note in the chromatic scale). This implies you may tune to various guitar tunings or tune instruments other than a guitar using a chromatic tuner.

The most common guitar tuners are compact 'box' models with a built-in microphone for tuning acoustic guitars and a jack input for tuning electric guitars. The operation of a clip-on tuner is slightly different. It contains a built-in contact microphone. This is capable of detecting very low-level vibrations.

While clip-on guitar tuners may be more handy for acoustic guitar players, pedal tuners are designed for guitarists who utilize amplifiers  to play electric or electro-acoustic guitars. These are housed in a chassis that resembles a guitar effects pedal, but they lack a built-in microphone and rely on the player to connect the guitar to it through a jack connection.

Polyphonic tuners are a relative innovation in the world of guitars. With their Polytune pedal, TC Electronics was the first to introduce the technology. Stand guitar tuners let the user tune a guitar one string at a time. In contrast, a polyphonic tuner allows the musician to strum the open strings while simultaneously viewing the individual tuning of each string.

A capo is a tiny clamp that is attached to the fretboard of a guitar. As a result, the strings are barred, resulting in a lower string length. That is to say; it raises the pitch of the instrument. It's very simple to use a capo; all you have to do is clip it onto whichever fret you want and start playing!

There are numerous different varieties of capos, and each one produces a different set of sounds. Capos are good to have on hand so you can try new things. A capo is a terrific gadget to acquire if you have a string instrument and want to mess around with the pitch. Let's take a look at the five most prevalent capos and their functions.