A brass wind instrument in a wind orchestra — the euphonium 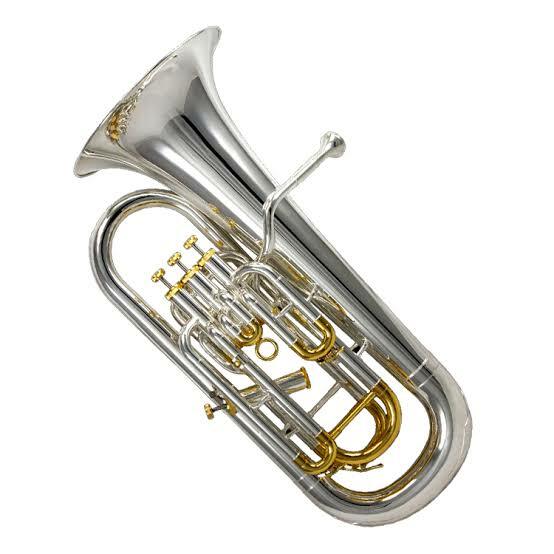 In the previous blog, we introduced the trumpet, french horn, trombone and baritone in the orchestra. Among the above four instruments, trumpet, french horn and trombone are all highly melodic instruments, and these three instruments are relatively light. In addition, we have known from the last blog that the baritone is a powerful supporting instrument and a very important presence in the orchestra. However, there is another instrument which has a stronger sense of support than the baritone and can make every audience feel the metal, broad and strong timbre of the brass instrument, that is the euphonium. Today, Six Months Rebellion Music will bring you a tuba with strong charm and power. 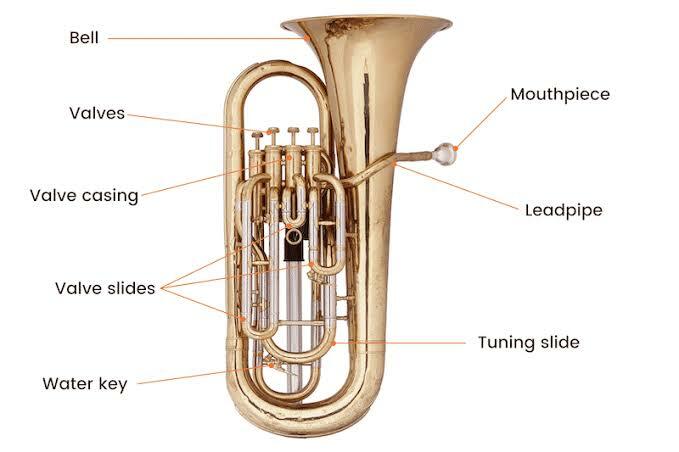 Like the baritone, the euphonium is made of brass as the main material and vibrates in the tube of the instrument through air to produce sound. Because there are many similarities between the euphonium and the baritone,many people may confuse these two instruments, and even some people will call these two instruments baritone, so we must pay attention to distinguish them when making choices and learning. The modern euphonium is said to be invented by Ferdinand Sommer of Weimar in 1843. It can also be described as a mid-range musical instrument with a "wide caliber" and a rotary valve.

The structure of the euphonium is also very similar to the euphonium, but its range is one octave higher than the euphonium. Generally speaking, it is more suitable for solo or playing in a symphony orchestra. If you want to play the euphonium well, it is difficult, which is recognized by the wind music industry. This will lead to a situation where several wind instruments play the same piece of music together, and students who use the euphonium will have to pay more time and energy. Therefore, the euphonium player is also extremely valuable, because only a few musicians can play four octaves. The timbre of the euphonium is softer than that of the trombone, more free and elegant than that of the french horn, and the timbre of the saxophone is more pure. Such a pure, soft, beautiful and soft timbre also makes more people obsessed with this instrument.

If you have a deeper understanding of the euphonium, please come and enjoy the solo of it:

After watching this video, can you feel the timbre characteristics of the instrument?

The tone of the euphonium is very poetic, with a kind of gentle, gorgeous and pleasant voice. It will not bring auditory stimulation, but it can bring music into your heart, just like a gentleman singing softly. Therefore, the euphonium is also known as the most suitable brass instrument for solo.

Bass area: Generally speaking, a large brass instrument will have a more shocking bass area, and sometimes even feel one’s heart is resonating. However, this will not happen to the euphonium. Its bass is very warm and has a feeling of being gently soothed.

Midrange area: The midrange area of the euphonium is more like a gentleman who tells stories in a gentle tone, which can make us feel warm and calm. At the same time, the timbre of the mid tone area is very qualitative and narrative.

Treble area: The treble area of the euphonium will not have the sharp or explosive sound effect like the trumpet and trombone. Its high pitch area sounds almost free of tension and oppression. Instead, it is a tone with low-key, luxurious and metallic texture, which can use a very mild tone to sublimate the deep emotional color.