A brass wind instrument in a wind orchestra — trombone 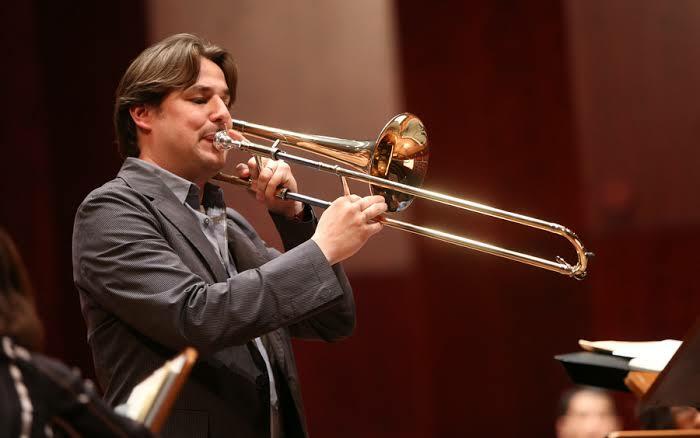 There is such a musical instrument in the orchestra. Whenever its voice resounds in the concert hall, it will make everyone feelsolemn and magnificent. It is the trombone. 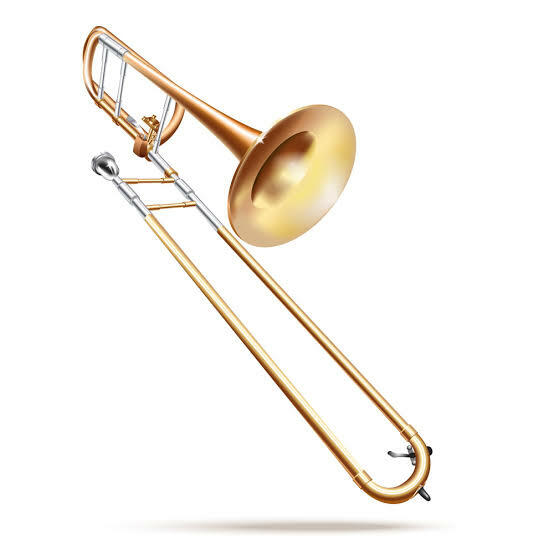 If you carefully observe the trombone, you will find that it has a characteristic different from the trumpet or the horn: the trombone uses a sliding tube to play to change the length and pitch of the instrument, so it is also called "telescopic horn" or "tuba". At the same time, after the trombone was made, it could already play the chromatic scale. Therefore, trombone is also the only brass instrument that has not experienced technical improvement or that has rarely been improved, and it is also the only one among brass instruments that does not need to play by pressing keys.

The trombone has far less sensitive and accurate soundsthan the instruments with pistons. The music it plays is often considered not clear and accurate because of its "glide" effect, especially when playing a continuous musical sentence. 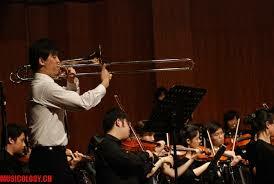 The history of trombone can be traced back to about the 15th century. In the 17th and 18th centuries, it was used in the supernatural scenes of church music and opera. In the 19th century, the trombone became a fixed instrument in the orchestra. At the same time, trombone has a very high position in the military band. We previously introduced that the trumpet is the treble part of the orchestra, the French horn represents the midrange part, and the trombone represents the bass part of the orchestra.

Next, please enjoy a piece of music. This is the wonderful performance of the trombone part in the jazz band. Do you feel the difference between it and the trumpet? Is the trombone sound more stable and deeper? It lacks a more flexible and lively feeling than the timbre of the trumpet. However, the trombone has the title of "King of Jazz". Because the trombone relies on the slide tube to change the pitch, the "glide" it plays is very unique, which can not be imitated by other instruments. Therefore, the trombone can not only play some solemn and brilliant music, but also play some funny music clips to add color to the music.

Because the trombone is a musical instrument with a unique way of performance mode and timbre, it has become the instrument concerned by many composers without exception: Rimsky Kosakov, Haydn, Ravel, David Ferdinand and other composers have left many representative works for the trombone. Rimsky Kosakov's "Concerto in B flat major", which has obsessed students in many professional music schools. Because the composer only wrote concertos for the clarinet and trombone, this is enough to show the trombone's position in the composer's mind. At the same time, Beethoven also used the trombone extensively in the Fifth Symphony. Now let's enjoy it together.

After enjoying this symphony, do you have any new understanding and ideas about the trombone? What timbre do you think trombone has?

It can express the grand and magnificent momentum in Beethoven's Fifth Symphony, express Beethoven's strong determination and will to continue to struggle despite difficulties and indignation. It can also be used to describe the victory scenes with warm atmosphere, so that the music created by Beethoven has a more brilliant and magnificent momentum. In all things, it is inseparable from the unique tone of the trombone.

Bass area: The bass area of the trombone has a stable and low timbre charm, which can make people deeply immersed in the charm of the trombone. It can give people a sense of steadfastness and stability, and can also be used to express some gloomy scene colors.

Midrange area: The midrange area of the trombone is full of emotional color, with a sense of strength in moderation. It can express gentle and euphemisticfeelings and highlight the unique charm of trombone.

High pitch area: with loud and powerful timbre, it can express solemn and magnificent scenes and also express the composer's determination. It is an irreplaceable voice in the band.