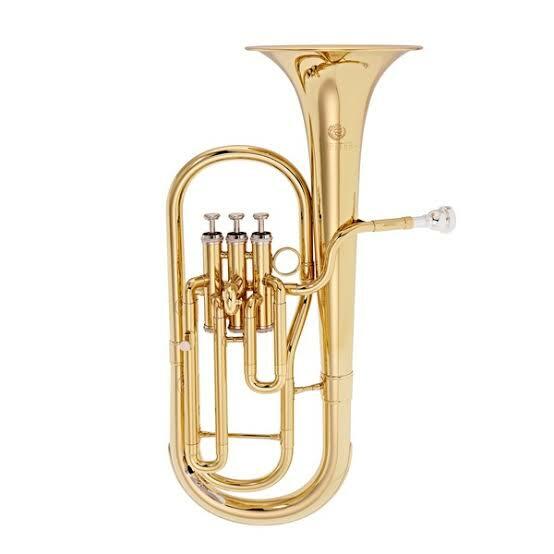 In the orchestra, there is also an important instrument in charge of the mezzo part, that is, the Baritone horn  If we carefully observe the tenor horn, some students will definitely question: As the instrument looks so loud, does its sound sound good? What is the timbre of this instrument? This week, Six Months Rebellion Music will introduce such a brass wind instrument, the Baritone horn. 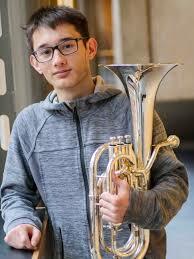 Many students feel that this instrument is a little big when they first see the Baritone horn, as if it is not as light and flexible as the horn and trumpet. In fact, the Baritone horn is not the largest instrument among brass instruments, and it can be freely played on scales, chromatics and intervals within octaves. In our blog last week, we introduced that the trombone is a musical instrument that uses a slide tube to play. The hypobaric horn is different from the trombone. It is a keyboard instrument. There are two types of musical instruments, vertical key and flat key, for you to choose from.

At the same time, the baritone horn and the euphonium horn are very easy to confuse, so you must carefully distinguish between them before you buy them Baritone horn is generally made of brass, which makes the air vibrate through friction in the tube of the instrument to make sound. Its voice is loud, pure and elegant. At the same time, it is also an irreplaceable and the most common instrument in the military orchestra, and has an unshakable position in the brass orchestra. Because it can play a very diverse role in the brass orchestra, it can not only play the main melody part, but also play some minor melodies and chords, and also play a good supporting role in the midrange for the trumpet melody.

Although the Baritone horn is not as common as the trumpet, trombone or French horn, its unique timbre makes it an important role in the orchestra. Like the famous Charles Camille Saint-Saëns – "The Swan" is inseparable from the wonderful performance of the Baritone horn. Moreover, the Baritone horn has been used a lot in the “The Swan" II Cigno and we can also see how much the composer attaches importance to this instrument. Whether it is to express the " beautiful lake "and "beautiful love" melody, it can be very vivid and can depict the theme very deeply.It's a touching love story between a prince and a princess.

Can you feel the timbre and characteristics of this instrument?

Although the Britone horn has always had a good performance in the orchestra, it can not only be played in it. Now let's enjoy the solo music of the Baritone horn:

Bass area: The voice color in the bass area of the tenor horn signal is relatively dark, with a relatively dark feeling, especially the lowest voice. However, this situation will improve when we play hard.

Midrange: Its midrange timbre is brighter, rounder and cleaner than the bass. It can show an implicit and stable emotional color, give people a sense of stability, and also can express some ups and downs of emotional color.

Treble area: The treble area of the tenor horn will have some noise when playing strongly, but it will have an extremely beautiful timbre when playing weakly, which will give people a kind of warm and peaceful feeling.