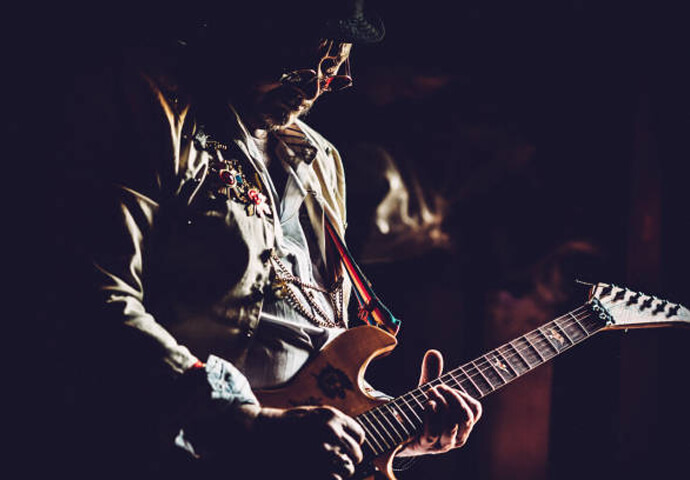 Let me guess, you learn the guitar because you saw how cool it was to play guitar solos and you want to do the same.

I totally feel you…

So how do you actually play a guitar solo? It all seems so complicated, with notes and scales and bending techniques.

How do you even begin, right?

Well, there’s 2 ways you can go about it, depending on how deep you want to go.

The first and most obvious way is to start from theory. If you’re talking about improvisation, meaning to come up with your own version (or slight alteration of an existing one) of a solo, then you definitely need to get your hands dirty.

The second way is to look for the tabs (tablature) of the solo you wish to learn, and just go at it until you make or break.

Today you will learn about both, with a primary focus on the first method…

So what is a guitar solo? Simply put, it’s an instrumental section in a piece of music (in this case a song), where guitarists can demonstrate their skills by playing an improvisation, made up of notes, chords and scale, that fits the key and rhythm of the song.

Notes on the Fretboard

It’s imperative to know your place on a fretboard if you wish to improvise a guitar solo.

Knowing where these notes are makes it much easier for you later on to know where to play what for the different keys of a song.

If notes are like letters of the alphabet, then scales are the words they form. Most guitar solo are formed by a scale (or series of scales) in one way or another.

And the thing about scale is that it’s pretty much the same as how you would go about using words when expressing yourself.

Again, think of it as you’re trying to express yourself a certain way. You need to decide on the type of words to use depending on the situation (if it’s a Major or Minor, C or A situation).

Listen to your Environment

With the above well practiced and trained, you now need to start listening to what’s happening around. What’s the tone of the song, what’s the rhythm and feel, then you can decide what it is that you should play that can fit in nicely with the music.

If you have obtained a good foundation with the above you will be able to improvise the solos you play and give it the tone you want.

Just like writing an essay or presentation, you know the letters and words, now it’s all about putting them together in writing to express to your audience what you’re trying to say.

Make it or break it

The second method is slightly easier, in the sense that you can get away with a lot of the hardship mentioned above when you’ll need to go through the boring theories.

But is it really easier…?

Again, it’ll have to depend on how deep you want to go. If you’re happy with just learning a few simple solos that you can play and have fun, then all you have to do is google the tabs you want and start practicing.

Here you’ll see an example of a segment taken from the solo of the famous Eagles’ song ‘Hotel California'. 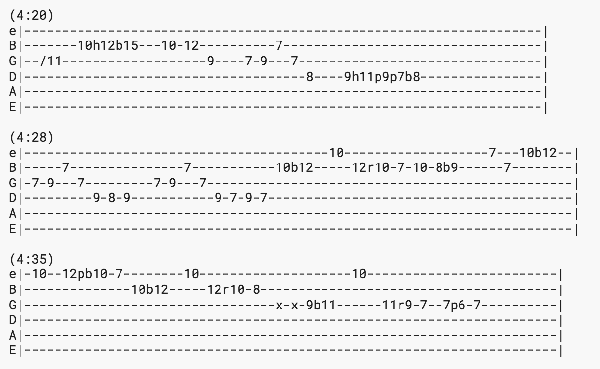 Most tabs will tell you everything you need to know on how to play the song, where each ‘hammer-on’ and ‘pull-offs’ takes place.

The trick is to not be too eager on playing the entire piece. Break it down into segments and learn each bar carefully.

Once you’re comfortable playing one bar, move on to the next, and the next. And eventually join all these parts together to form the full solo.

And that’s pretty much all there is to it.

As mentioned before, if you truly want to be free to play whatever you want and however you want it, you’ve got to get your hands dirty, there are no other ways.

Hope the above information is helpful in your journey to become an awesome guitar soloist.

Remember to check out our other post on ‘Finger-style’ playing.