Guitar | When Should You Use A Guitar Pick? 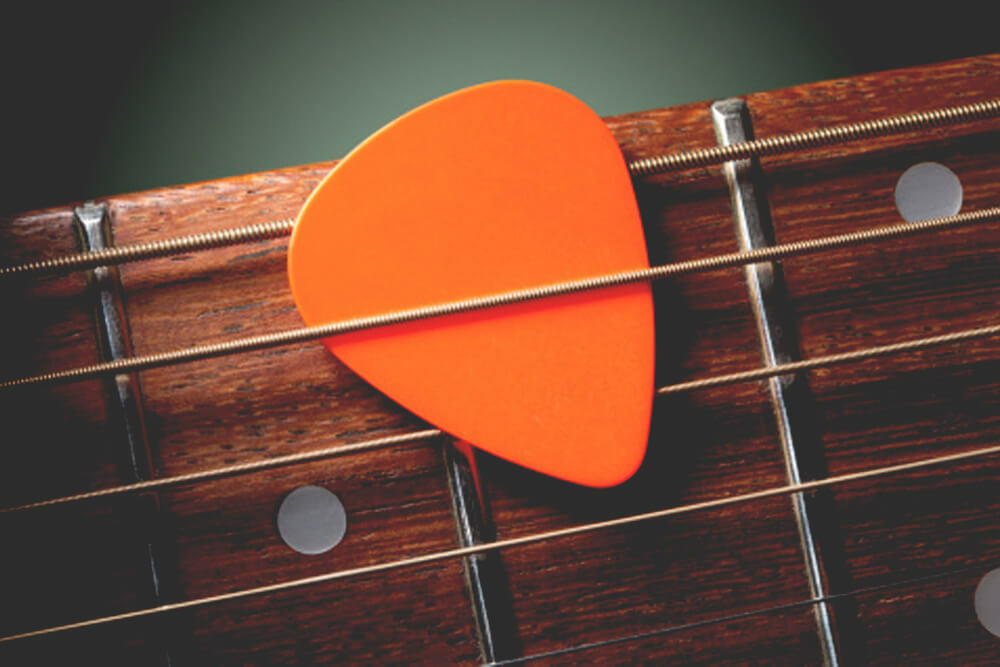 In general, you would use a pick (a.k.a. plectrum) to play when you’re on a steel-stringed guitar, and you’re looking to produce a faster and more precise attack (typically on a single string or note), a clearer tone, and a brighter sound.

In this article, we shall look into the ‘When’ and ‘Why’ of using a guitar pick and what to look out for in a guitar pick.

Using A Pick When You’re Playing A Steel-stringed Guitar

The pick is more commonly used on a steel-stringed guitar (acoustic folk, electric guitar, even bass, etc.) than on a nylon-stringed guitar (classical guitar, flamenco style guitar, ukulele, etc.) due to the nature of the music each plays, and the how they’re performed.

With nylon-stringed guitars, most of its musical expressions are conveyed through their unique form of fingerstyle guitar. Which solely relies on the guitarist’s fingers and hand. Even in cases where picking is needed, many guitarists would make use of their fingernails instead while retaining the freedom to utilize other fingerstyle techniques.

And if you’ve ever taken notice, there’re no scratch plates on a classical guitar, which is more commonly seen on an acoustic folk guitar or electric guitar to protect the guitar’s body from getting hit by the picks during play.

In the case of a steel-stringed guitar, unlike classical guitars, there will be times when a lot of strumming may be required, and it definitely helps to play with a pick. Especially when you’re using a set of heavy gauge strings. The tension is very high and you may start feeling pain in your fingertips from prolonged strumming or fingerpicking.

And like classical guitars, steel-stringed guitars also have their own designated techniques when it comes to picking such as, down picking, alternate picking, sweep picking, and economy picking. And by using a guitar pick, it is much easier, or sometimes even possible, to apply these techniques.

Using a pick to produce a brighter tone and sound

In this instance, you’re looking at a situation where you can choose to play a piece of music using either a pick or your fingers. But the reason for using a pick is that you’re looking to produce a cleaner and brighter sound.

When you’re using your fingers to strum or pluck, the sound that this method produces is more mellow, rounded, and lacks brightness when compared to using a pick. Unless you’re playing accompaniment in the background, then the soft rounded tone produced by fingerpicking is more appropriate.

But if you’re looking at producing a louder and brighter tone, be it strumming or picking on your acoustic folk guitar and singing along, then you’d probably want to use a pick. Because a pick will produce a more tremble-heavy, cleaner, snappier sound than your fingers could.

Using the pick for a faster, more aggressive style of playing

In the world of guitar soloists and shredding virtuosos, many are competing to see who can play the fastest licks while maintaining accuracy.

This is especially true in the metal or rock genre of music, utilizing predominantly the electric guitar, you’re often required to pluck a specific note repeatedly, or struck notes on a single string with an extremely fast tempo.

In cases like this, a guitar pick comes in very useful as it has a smaller surface area and is able to move up and down very quickly, allowing the guitarist to have maximum control over their upstrokes and downstrokes, in producing a fast and accurate attack on the strings.

Can You Use a Pick On A Classical Guitar

Nylon strings strung on a classical guitar have a shorter scale length and lesser string tension. Hence if you were to use a pick, it will not respond well and the sound in which it produces will not be what the guitar was meant for.

Nylon strings are also subjected to wear and tear more easily than a steel string would due to their softness and material. Hence, even if you were to use a set of nylon strings specifically made for folk guitars, the sound will be fine but you’ll need to worry about the longevity of the strings if you’re strumming a lot.

Can You Use a Pick On A Bass Guitar

Absolutely. Many bassists use picks when they're playing. But in most situations, the reason for using a pick on a bass guitar would be the same as mentioned above, to achieve a certain need in a brighter, cleaner tone. In some cases, it is to achieve a certain speed in their playing style.

But in most cases, bassists are known to play with their fingers because a brighter, louder sound is not always required for bass, but using picks in their playing may inhibit their playing style and techniques such as slapping.

At the end of this article, I will share a funny video of a guitar battle between 2 famous YouTubers Davie504, a bassist, and TheDooo, a guitarist. Part of the video shows Davie504, a bassist who’s against the use of picks, having to make a tough decision on using the pick in order to compete with TheDooo.

Shredding With A Guitar Pick

What is shredding and what is a shredder in guitar terms?

In guitar terms, shredding is a style of playing meant for electric guitars, which utilizes several picking techniques such as sweeping, alternate picking, string skipping, finger tapping, etc., to move up and down the fretboard at a fast tempo.

This is probably one of the situations where a pick is actually required in order to provide the shredder (the guitarist who ‘shreds’) with the maximum speed and accuracy during play.

If you look at some of the famous shredders like Joe Satriani, Steve Vai, Paul Gilbert, Van Halen, Yngwie Malmsteen, Joe Petrucci, etc., you’ll see that in most of their performances, the key is speed and accuracy in their playing. And it is very difficult, though not entirely impossible, to achieve what they do without using a pick. 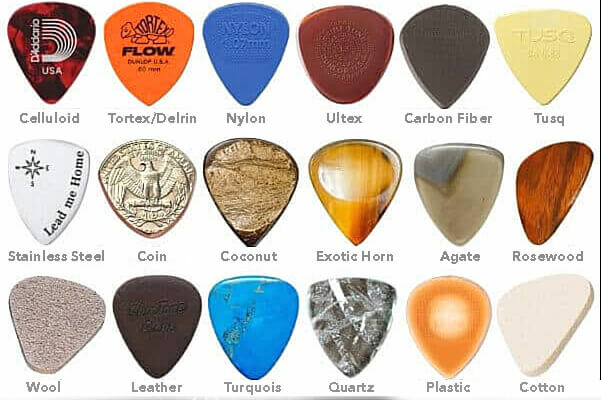 Are There Different Types of Guitar Picks

Guitar picks can be categorized by sizes and shapes, thickness, materials, and texture. Each with its own attributes and caters to different needs.

Guitar picks come in all kinds of sizes and shapes. But in general, the bigger ones are easier to use and hold and are most suited for beginners. Whereas the smaller ones are preferred by more advanced players who require more precision.

When looking at shapes, the main thing is the tip of the pick (the part where it strikes the strings). A more rounded shape will produce a mild, less aggressive attack, which is good for strumming and softer tones.

The difference made by the thickness of a pick is reflected in its hardness. A thinner, lighter pick is softer, hence the sound it produces is more mellow. It is also more suited for strumming and use by beginners as it's more forgiving in terms of the feedback during strumming, which is not as aggressive as the thicker, harder picks.

On the hand, the thicker, heavier pick is harder and more suit for advanced players when a more direct response is needed when playing licks. The sound it produces is also brighter and louder.

The thickness of picks is commonly broken up into the following ranges:​​

In the earlier days, picks were made out of celluloid. Later materials include nylon, acetal, wood, ivory, and even tortoise shells.

The main difference the material makes is in the flexibility of the pick and the tone each material produces. There are no good or bad materials for a pick, it is all up to the guitarist to decide what material best suits his or her purpose or style of playing.

Different textures will provide the player with a different grip, different sound, and a different level of control when playing. A smooth and polished pick may be easier to strike a string with but may prove to be hard to grip if your fingers start to perspire.

Likewise, a pick with a better grip may tend to have a rougher surface, and hence more difficult to produce a cleaner contact surface with the strings.

Bottom line is, that you’ll have to try out different types of picks to find the one that you feel most comfortable with. Luckily, they’re not as expensive as a guitar.

In conclusion, though there are no limits nor boundaries to what you can achieve in music, there are certain tools that you can use or not use, in order to enhance your performance. I hope this article was helpful in explaining the use of guitar picks.

'Should I Use A Guitar Pick?' – Friday Q&A Session

Should Beginner Guitar Players use a Pick or Fingerstyle?BASS vs GUITAR Epic Battle ft. TheDooo