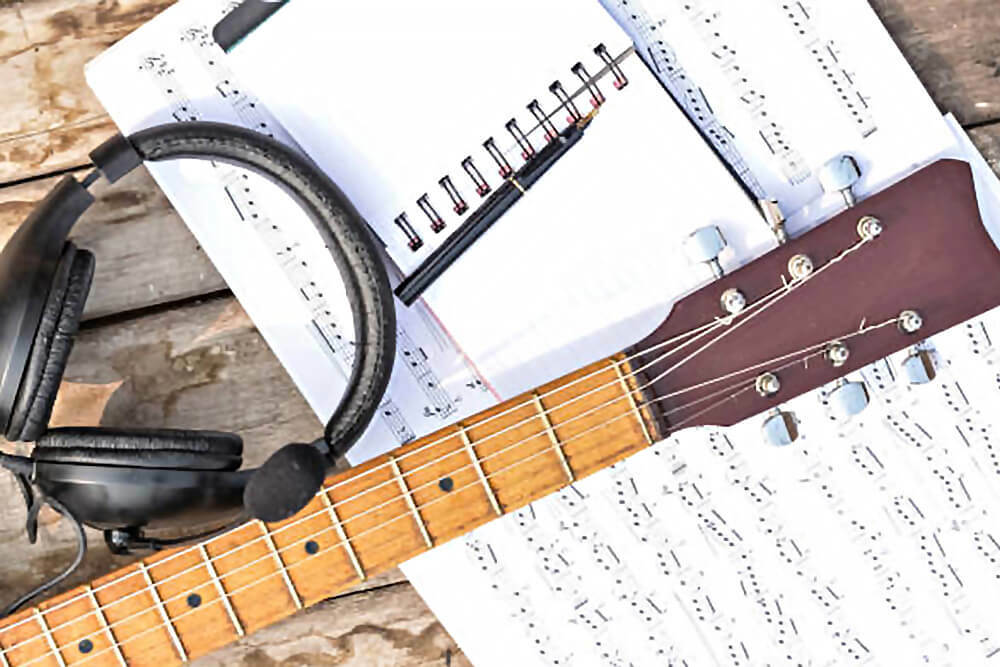 The most common question a beginner guitarist tends to ask is if he or she should learn music theory. While most responses to that question are ‘you don’t Need To’, they’re often followed by ‘but you Should’.

Learning music theory is important to a guitarist, especially if you’re a beginner. You’ll understand the relationship between each note, scale, chord and key, allowing you to become a proactive player with creative improvisations, and not just relying on reading sheet music.

Many shy away from music theory for the fact that it looks intimidating, especially for a beginner. And most of all, it looks boring.

Some guitar teachers refrain from teaching music theories in the beginning for the fact that they want to keep the level of interest and enthusiasm high for the students so they’ll continue learning.

But like learning any new language, it’s important that you have some basic understanding of certain music theories (structures), which will be the difference between you becoming a guitarist who’s hoping to be better, and one that’s actually getting better.

This is what we’ll be focusing on today, the ‘What’s’ and ‘Why’s’ of 3 main elements of music theory to help you get better at playing the guitar.

But before you read on, if you're very new to music theory and have yet to understand what a note, key or octave is, you can hop on over here 'Music Theory Breakdown: Notes, Keys & Octaves' to get a basic idea before continuing with the below article.

Should Beginner Guitarists Learn the Notes on a Fretboard

The musical note is the backbone of the musical language. Like how words are made up of alphabets in the English language, A to Z, musical notes serve as the building blocks for chords and scales, giving each its meaning (unique sound).

Learning where each note is on a fretboard is important because it lets you know where you are in terms of pitch and where you need to go to produce the next sound in a higher or lower pitch and octave. 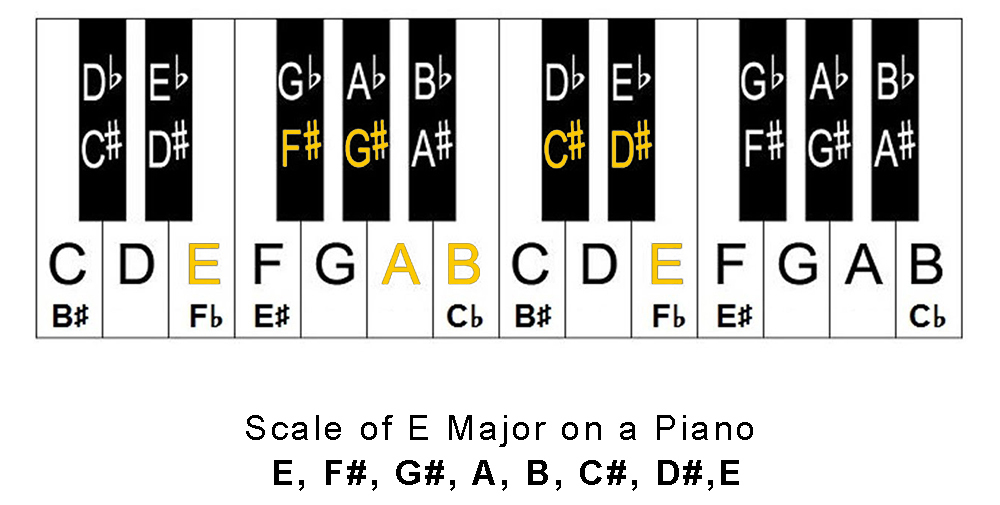 On a piano, it’s visually easier because you just move horizontally to the left or right for a lower pitch or a higher pitch. But on a guitar fretboard, you can move both horizontally and vertically for the same task. 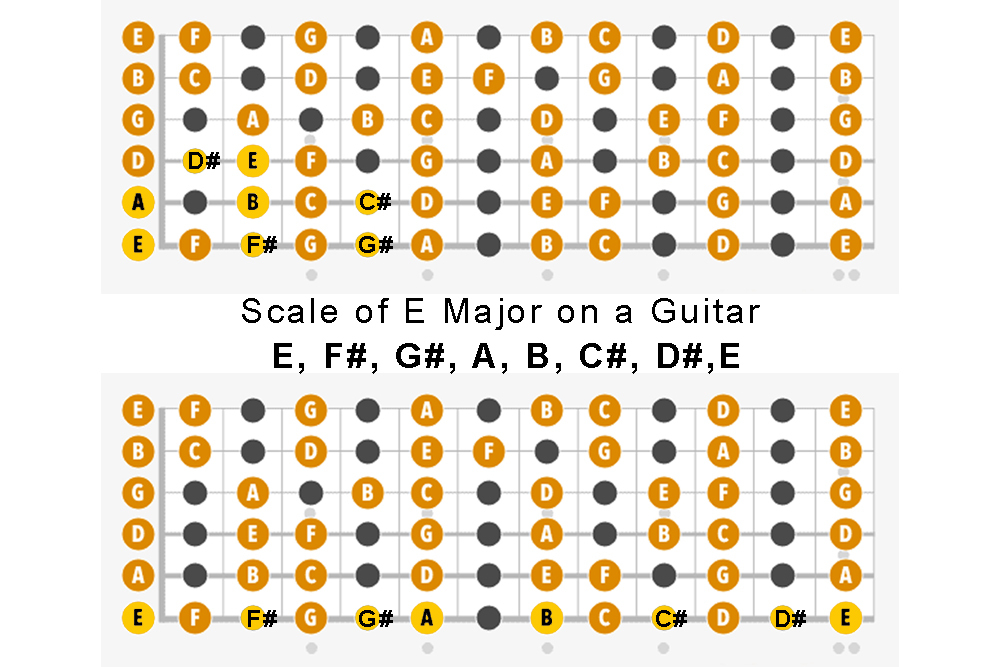 On a guitar, however, instead of just playing it horizontally, you can also play it vertically. And this is what makes the guitar different, you can play the same note, chords, or scale in different positions.

Hence by learning where your notes are on your fretboard, you’ll harness the knowledge and reference to knowing the different positions where you can play a certain note, chord, or scale. 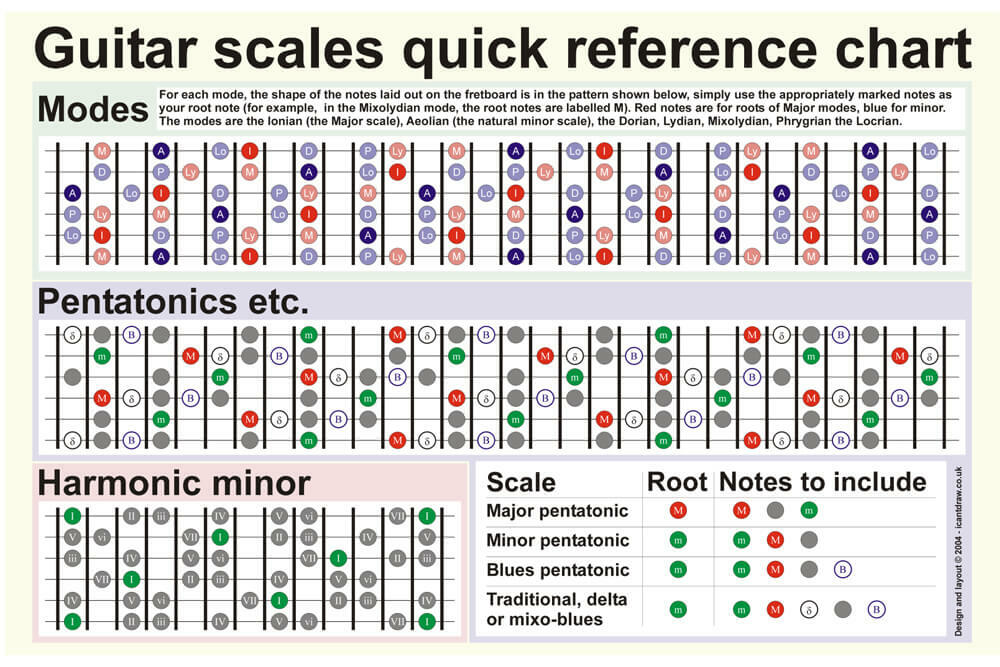 If notes are comparable to words and alphabets, then scales are the different ways in which you can put certain words together to form a sentence that will sound good.

The importance of learning scales for a beginner guitarist is that it provides a structural framework of how different notes work well together in different scales. It also lends itself to producing better finger techniques, fretboard knowledge, and ear training.

There are many scales in the musical vocabulary, every note has its own scale. For instance, the C major scale, the A minor scale, or the Bb major scale. Each of these scales are made up of 7 notes that play well together.

You may begin learning with any of these scales depending on the music you’re into. With guitars and popular songs, the pentatonic scale is a good place to start. In this video, you’ll see examples of how and where pentatonic scales are being used.

When you’re equipped with the knowledge of scales, you will be able to be more creative in your playing. For example, you can start improvising a lick or solo of a song you like, or you can find a scale that is in the matching key and start creating your own licks and solos.

In the following video, you’ll see how you can use one scale or multiple scales to spice up your music when you’re playing along with a song.

Using guitar scales, you can also reverse engineer and find the chords of a song or how the solo of a song is played by matching the scale to the key of the song, and in turn, find the relative notes and chords of the song.

In this video, you’ll see how by using scales, you’re able to work out the key of a song, and subsequently find the chords it uses and how the solo part is played.

It can be overwhelming at first to see all the scales out there. But don’t worry, you don’t have to learn everything at once, nobody does.

Just focus on one scale at a time, for instance the A minor pentatonic scale. Learn its shapes and positions on the fretboard and its application, then move onto another one.

In the previous part, you may have seen the word ‘keys’ mentioned a few times. So, if notes are words and alphabets, and scales are the ways you structure these words into sentences, then keys are the venues in which you put these different sentences to use.

The importance of learning keys for beginner guitarists is that you can quickly understand a piece of music and its related notes, chords, scales and thus be able to play with a matching set of chords and scales accordingly in order to produce harmonic melodies.

A simple way to understand key signatures is to think of it as a venue you’re going to. Every venue has its set of appropriate language to be used, a code of conduct, and even dress codes.

If you’re going to a party, then the languages and words you’ll be using would tend to be louder, brighter and happier.

If you’re going to a library, then the language and words, even volume, will be more mellow and soft.

Hence if you understand what key a music is in, you’ll be able to dig into your knowledge of chords and scales based on that key, and start creating melodies that go well with that key (within the environment).

In conclusion, there are many aspects of music theory that you as a beginner guitarist do not or never have to learn. But in order to truly enhance your overall experience as a guitarist, the above mentioned music theories are important skill sets to have, if not necessary.

One tool that can greatly help you on your journey of learning music theories is the Circle of Fifths. It’s a useful tool where you can visually figure out each key, note, chord and their relations at a glance. Be sure to check out all 3 parts (Part 1, Part 2, Part 3) and put it to use right away.

How To MEMORIZE Your Guitar FRETBOARD: The No-Nonsense Exercise That Actually Works

The Right Way To Practice SCALES On Guitar

Key Signatures – Everything You Need To Know in 6 minutes